Dockers at the UK's busiest container port say more industrial action could follow, as an eight-day strike ends with no agreement.

Some 1,900 workers out of 2,550 at Felixstowe concluded their walk out over a 7% pay offer on Sunday evening.

The union Unite warned it would set further strike dates if the company would not negotiate further.

Unite described the pay offer as "significantly below" the rate of inflation.

The consumer price index (CPI) measure of inflation was 10.1% in the 12 months to July, according to the Office for National Statistics, which put the broader CPIH all goods index at 13.6%, which takes into account owner occupiers' housing costs.

At the start of the strike, Unite national officer, Robert Morton, acknowledged it had not put the employer's offer to its members, but said they had wanted an improved pay offer in line with at "least the rate of inflation" before doing that.

Speaking at the weekend, Unite representative Miles Hubbard, said: "It just requires the company to come towards us in terms of our pay claim.
​​​​​​​
"They only need to indicate that they're prepared to sit around the table without ruling anything in or out"

"We are more than prepared to notify the company of more days of strike action if we can't get anywhere."

The port said Unite should put its "very fair" 7% offer, plus a one-off £500 payment, to its members.

Port spokesman Paul Davey said: "If Unite seek to escalate it further, it will do more damage to the local economy and it will lose our workers more money.

"The strike works very well for their national agenda, in that it sends a message to other businesses that Unite aren't to be messed with." 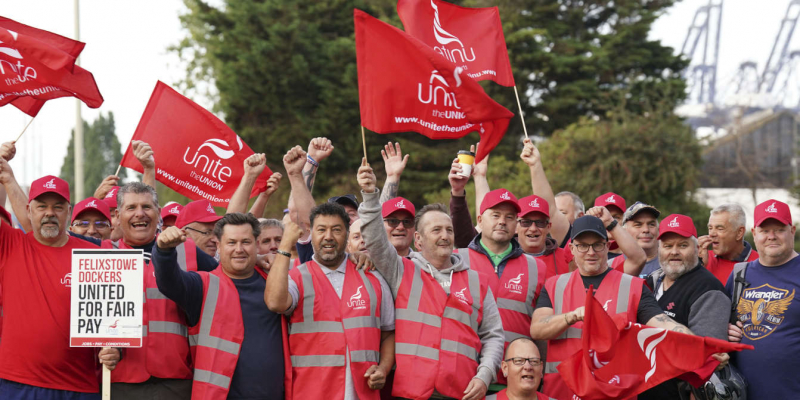